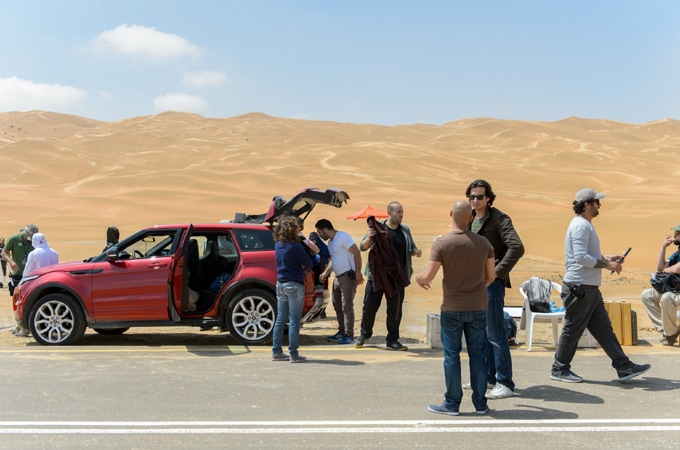 The Range Rover Evoque is making its regional debut as the ‘4th star’ in Ali F. Mostafa’s latest feature film ‘From A to B’. Filming has now wrapped on the acclaimed Emirati director’s much anticipated road trip movie and the Range Rover Evoque has once again proven it has star quality.

The vehicle plays an integral role in ‘From A to B’, transporting the three lead characters on their misadventure-filled road trip from Abu Dhabi to Beirut. Starring alongside the Range Rover Evoque are Saudi stand-up comedian and social media star Fahad Albutairi, Egyptian actor Shadi Alfons, and Syrian actor Fadi Rifaai, all of whom are making their film debuts in ‘From A to B’.